“Sitting in the morning sun, I’ll be sitting when the evening comes
Watching the ships roll in, then I watch them roll away again”

From “Sitting on the Dock of the Bay”

Sitting on an Oceanside park bench – similar to the one Otis might have sat on – I can’t help but feel all my responsibilities temporarily melt away. I look out at the blue sea, and listen to the chatter of tourists as they walk behind me on the boardwalk. At mid-day, local merchants emerge from their stores to eat their lunch along the water and watch the sailboats. Then the seagulls arrive, hoping for a handout. Ferry’s bound for San Francisco and other points in the bay slip in and out of the terminal every 45 minutes. If you sit quietly enough in the constant sea breeze, crabs will venture out from between the rocks and bask in the sun – even they are not in a hurry.

Separated from San Francisco by the Golden Gate Bridge and squeezed between the mountains and the sea, lies the quiet and picturesque town of Sausalito. The name comes from saucito, meaning “Little Willows” as the first Spanish ships entering the Bay noticed several willow trees growing along its north shores. This serene town of 7,500 was first settled in 1841, due to its calm harbor and fresh water springs. It would eventually be known for its shipbuilding yards and ferry terminal, and a retreat for wealthy San Franciscans.

Sausalito would later be transformed by major events. First, the completion of the Golden Gate Bridge in 1937 signaled the end for the huge ferry terminal, which was Sausalito’s largest business. To cope with the change the city switched over to ship building. This proved to be the right move, as the outbreak of World War II and the need of ship building facilities on the west coast transformed the quiet hamlet into a major shipyard town, which lit up the sky for miles around and ran 24 hours a day. In the end, more than 1,300 ships were built in about three and a half years.

After the war, things once again slowed down. The wartime shipyards were abandoned as hundreds of houseboats moved in.These floating homes formed a bohemian enclave, a place where hippies and artists could have a community of their own. Shel Silverstein wrote most of his children’s books here, as well as a certain Otis Redding song that captures this eccentric and whimsical side of the town. 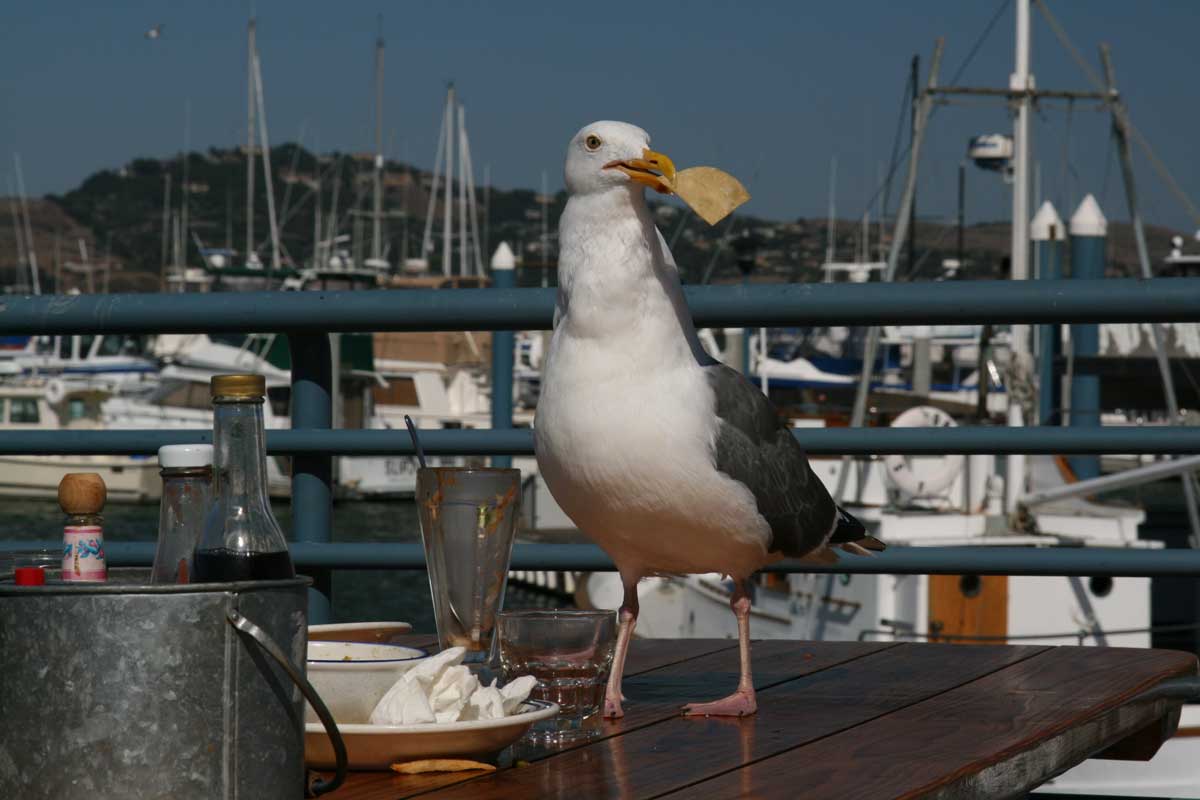