Cabernet Sauvignon is considered one of the worlds most widely recognized varietals and the most popular among American wine drinkers today. The red grape is known for its thick, durable skin that protects it from the elements and allows it to thrive in various wine growing regions around the world. Of the 16 million acres planted in the world that are destined for wine production, approximately 840,000 of those acres are planted with Cabernet Sauvignon. Keeping in mind that there are over 10,000 grape varietals in existence, what then makes Cabernet Sauvignon so incredibly popular? Its ease of cultivation, hearty resistance to frost, rot and insects, the agreeable flavor profile as well as its relatively easy name pronunciation are all factors in its success. Yes, the pronunciation is believed to be less intimidating to consumers across the globe than any other tongue-twisting wine options. This approachability drives sales and thus popularity.

In 1996, DNA genetic fingerprinting research by the geneticist, Dr. Carole Meredith
at the University of California Davis, revealed Cabernet Sauvignon to be a cross between the Cabernet Franc andSauvignon Blanc grapes. 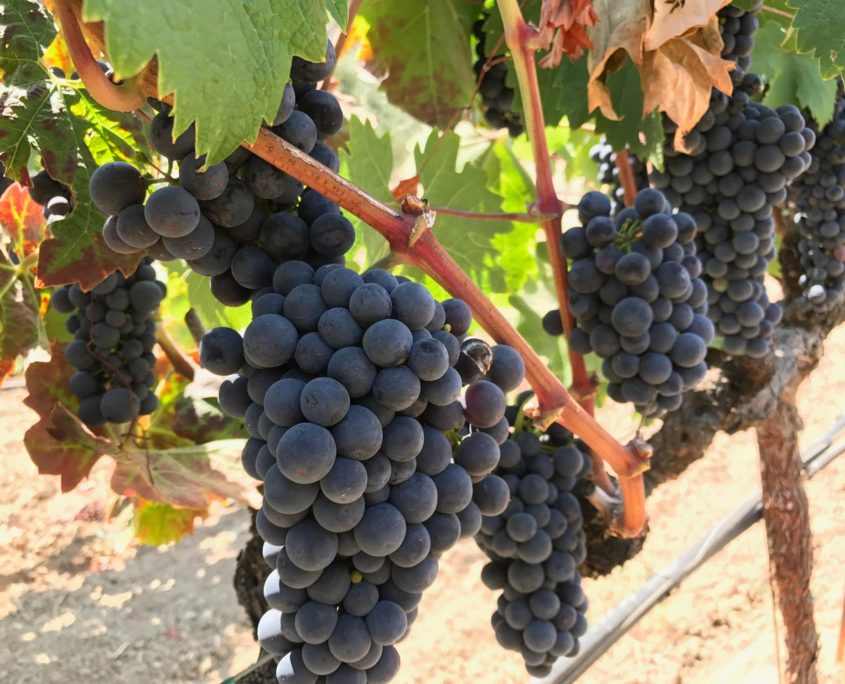 This naturally occurring crossbreed is believed to have occurred in the 1600’s in southwestern France. It is likely that two adjacent vineyards containing the parent varietals were cross-contaminated, creating the most popular red wine varietal in history by chance.

Some of the top Cabernet Sauvignon growing regions in the world, listed by highest acreage planted are France, Chile, United States, Australia, Italy, South Africa and Argentina. Bordeaux is considered the birthplace of the varietal. Winemakers, there were pleased to discover the ageability of the wine due to its firm tannins and the impact oak barrel ageing had on developing the aromas and tertiary notes. They found the wine to be extremely food friendly with balanced acidity. As they began blending Cabernet Sauvignon with other varietals such as Merlot, Cabernet Franc, Petit Verdot and Malbec (all known as the main Bordeaux varietals), they created their legendary Bordeaux blends. As word of the success of the Cabernet grape spread globally, it became known as “The Great Colonizer” and took hold as the most widely planted varietal globally. Producers worldwide have heavily invested in trying to recreate the complexity and character of Bordeaux wines. 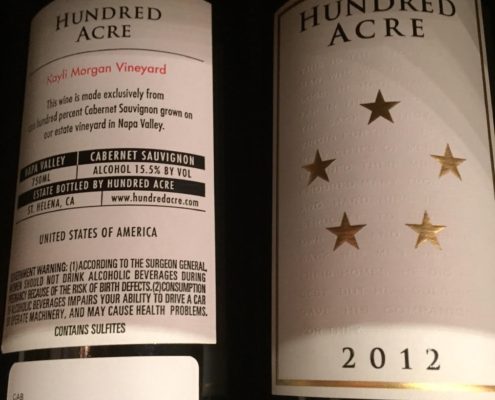 Old World Cabernet is often described as tasting lighter bodied, more restrained with lower alcohol, higher acidity, minerality and having less ripe fruit. They are more “terroir” driven and complex boasting earthiness, lavender, violet and graphite notes. These wines are often seen as more elegant and balanced in style and made to be extremely age-worthy and food friendly. As wine is usually on the table for lunch as well as dinner, the lower alcohol wines suit the culture of many European regions. Alcohol percentages typically range from 12%-15%.

New World Cabernets are often described as tasting riper (sweeter), having higher alcohol, less acidity, and a more polished mouth-feel. This clearly lends itself to American culture, which has adopted a sugary diet and often produces Cabernet to pair with steak, meaning they’re going for a BIG, full throttle wines. New World Cabernet often has notes of Licorice, Black Cherry, Anise and Vanilla. Oak is often a heavy influencer as well with this style. Alcohol levels typically range around 14% to 16%. 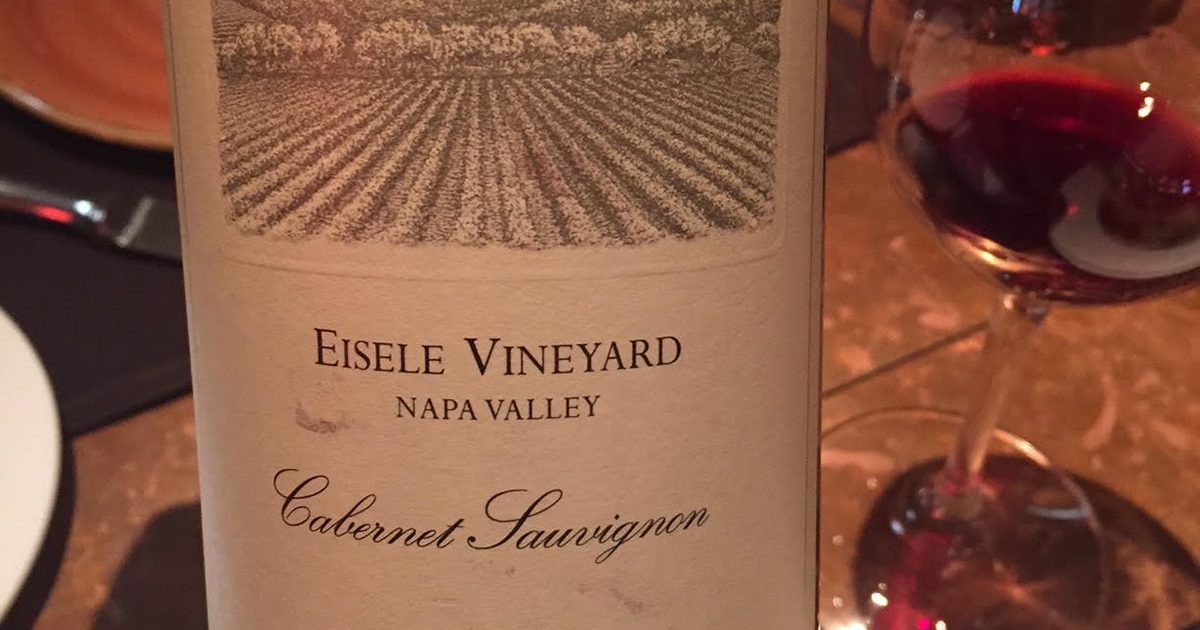 The main trait all Old World wines have in common is that their winemaking has heavy restrictions, traditional techniques and standards that are controlled by law and must be upheld. Old World growing regions have been delineated fixed and regulated by the government for centuries. Typically, with the Old World winemaking technique, they intervene in the growing process very little and the winemaking goal is to express the regional terroir, a particular region’s climate, soils and aspect.

The New World winemaking style is based more on risk-taking and technical innovation, as well as fewer legal requirements. Growing regions are quite flexible and are still being established and experimented with regularly. The New World style consists of a heavily controlled growing and winemaking process with the goal being to express the fruit, not the region itself.

The use of oak is one of the top influencers in a Cabernet’s profile and is wildly underestimated. The oak barrel types and quality levels are extensive and require an in-depth examination of their own. In general, Old World Cabernet Sauvignon and Bordeaux blends are aged in French or European oak, which often imparts a slight Vanilla nuance. These barrels are frequently once or twice used, meaning they have held wine for previous vintages and therefore their oak influence is lessened to around 15% in order to not overpower the fruit. The New World Cabernet is often aged in 100% new American Oak which imparts a stronger oak and coconut flavor. The length of time the wine will remain on oak is up to the winemaker and generally ends up being between 1-3 years.

Cabernet styles have changed greatly over the years and trends have come and gone. Starting in the mid-1990’s, many wineries realized that the American wine critic, Robert Parker, preferred highly extracted wines with extended maturation in oak barrels and higher alcohol content. Many producers started making full throttle, jammy reds and spared no expense on new barrels, which in turn drove up the cost of wines for consumers. This intentional change in winemaking style in an attempt to meet the preference of wine critics is now called “Parkerization”. The trend came on like a wave as producers followed suit in hopes of high scores and notoriety. However, in the past few years, this trend appears to be on the decline. Both winemakers and consumers seem to be reaching a point where they prefer more balanced, low alcohol and food-friendly wines.

There are certain seasonings that compliment Cabernet Sauvignon when pairing with food. You can’t go wrong with garlic, rosemary, mushroom and most meat and cheese dishes. The obvious pairing choice is steak. The reason that Cabernet and steak are a match made in heaven is mostly related to chemistry. The tannins in the wine bind with protein and fats in the steak. Since steak is protein-rich and fatty, it cuts through the wines tannins and they balance each other out nicely. There is even a school of thought that different cuts of steak pair differently with certain types of Cabernet. So if you’re looking for a fun weekend experiment we recommend giving it a go and reporting back with your findings! In the cheese department, Cabernet tends to pair best with semi-hard, aged cow and sheep milk cheeses as well as slightly firm, soft-ripened cheeses with earthy notes. A few of our favorite cheeses to pair with Cabernet are Cowgirl Creamery’s Mt. Tam, Marin French Triple Cremé Brie with Truffles and Cave aged Gouda.

Want to join the discussion?
Feel free to contribute!