Spring Frosts can kill new growth. In 2008 we had the coldest April in Napa. I remember driving around and looking at all the green growth on the vines. That night the temperature dipped into the mid 20’s, and the next day, all that was green turned brown. Such a sad sight to see…

Hard winter freezes can damage vines, although hybrids can be more resistant.

Wind, especially during flowering can be a problem. High winds rip the delicate flowers of the vine leading to a poor set.

Rain during flowering leads to a poor fruit set and reduced yields. If there is too much rain or water during the growing season, the vine becomes too vigorous and will shade the fruit. The result is a wine that tastes leafy and green. If there is not enough water, the vine will “shut down” and while the wine is high enough in alcohol, but has harsh unripe tannins and an unstable color. Rain during harvest leads to swollen berries and ultimately, diluted wine. A lot of rain during harvest could crack the skin causing mold and even ruin the wine.

Hail can damage the grapes and even the vine itself.

If Sunlight is too intense, it can burn the grapes. If the temperature is too high, the vine shuts down and stops undergoing photosynthesis. Each day then needs to be added to the end of the year. I think of it like snow days when we were in school! 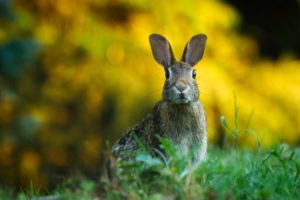 Large Animals: Rabbits and deer eat the tender shoots in spring. This can be prevented by fencing in the property, or by sheathing young vines inside milk cartons to protect them. In the autumn, hordes of starlings come once the grapes become sweet. Insects and spiders can also cause problems. Sometimes, fences around entire regions are erected to collectively keep out unwanted animals.

Phylloxera is a yellow aphid native to temperate eastern and southern United States. Breeding takes place on leaves, with females laying eggs even if the is no male. Leaves have reddish raised areas called galls. They also bury underground to attack the roots, and this is where they cause the most damage. One adult can create a large colony quickly. In warm climates, it forms wings and has a wider range.

Old world vines have little defense against phylloxera, and live for about five years before deteriorating. Vines look weak and sick, with rough knotted areas in the roots, and diminished yields. American native vines have developed immunity, and have the ability to scab over inflicted root wounds. They also contain a sap which plugs up the insects feeding mechanism. Because of this, American rootstock or at least a cross with a high percentage of American material are preferred. The three most used American rootstocks are Vitis Riparia, Vitis Rupestris, and Vitis Berlandieri. Phylloxera resistance is usually the most important factor when selecting rootstock.

Nematodes (also known as eel worms) are tiny worms which feed on Grapevine roots. While not killing the vine entirely, they can reduce the crop so much that it causes the vineyard to be unprofitable. They are also a host to several diseases, most notably Fan Leaf virus. Nematodes thrive exactly where phylloxera does not, in sandy soils. Once present, they are hard to eradicate, and in extreme situations, the entire vineyard needs to be removed. Some vineyard managers plant marigolds under the vines as this repels Nematodes. The marigolds can be grown in the winter and tilled under in the spring. Dipping rootstocks in hot water for 30 minutes kills them without harming the plant.

Non-systemic diseases are fungal and not permanent. Powdery Mildew is a fungus that particularly affects flowers, small berries and shaded leaves. It can split grapes, cause coulure, or give the wine a bitter flavor. Grey rot and downy mildew both like warm humid environments, and can damage young leaves and grapes. Black Measles (Esca) can be triggered by sudden warm weather, and Dead Arm can infect through pruning wounds. Botrytis is often unwanted and attacks later in the year. All of these diseases may affect vineyards more in some years. Careful canopy management helps prevent it, and chemical spraying treats it.

Systemic diseases permanently restrict the vine, as there is no cure. Fanleaf and Leafroll viruses are carried by pests, namely mealy bugs and nematodes, and keep the vine from full production. They are also responsible for the beautiful fall colors we see. Pierce’s disease is a big problem in California. Typically, it stays in the southern portion of the State but can come up during warmer years.

Lime is the result of the weather dissolving limestone, chalk, and shell beds into the surrounding soil. If the area has a high yearly rainfall, weathering will increase and soils are deeper. Lime is measured as Calcaire content, ranging between 10% and 40%. It neutralizes acids, raising the PH and making the soil more alkaline. It also has good water retention, which can be beneficial to the vine. The major problem with lime, however, is that it locks up precious iron needed for photosynthesis. As a result, leaves yellow and the vine develops Chlorosis.

Soil acidity is measured in on the PH scale, with 0 being the most acidic, to 14 being the most alkaline. Neutral is 7. The vine as a plant prefers a slight acidity or 6.5, however, it should be noted that slightly alkaline soils are responsible for most of the fine wines in France. It is safe to say that soils that are near to neutral or in the 6 to 7.5 range are best, as they give up nutrients readily. Highly acidic and highly alkaline soils tend to lock up nutrients, creating deficiencies for the vine. Soils with a PH of less than 5 have too much manganese and aluminium, which damages roots. They can be made more alkaline with the addition of limestone or gypsum. Alkaline soils lock up iron, leading to vine chlorosis. Years of adding humus or manure will eventually lower the ph.

Soils need to be measured for salinity. Salts can rise from a salt-laden water table to the surface. They then accumulate due to evaporation, increasing in concentration and harming the vine. High salt levels can also occur from the use of fertilizer, or from irrigation water. Salt makes it difficult for roots to take in water, and as a result leaves begin to deteriorate.

In regions that receive low or sporadic rainfall, rootstocks need to be selected to withstand a period of drought. The roots from these vines burrow especially deep in search of water. For dry climates, Berlandieri/Rupestris hybrids work best, as they maintain good vigor from deep root systems.

Vine Vigor is the measurement of growth intensity. A rootstocks’ vigor needs to be matched to the site in order to produce maximum quality yields from balanced vines. In regions where the soil is thin or over-worked, rootstocks need to be selected to increase vigor. Vitis Rupestris is the most vigorous vine, however it is sensitive to lime and coulure.

If the soil is rich or newly planted, rootstocks will need to be selected to reduce vigor. Over-vigorous vines produce excessive lush growth and leafy fruit. Other techniques to reduce vigor are the management of water and nitrogen in the vineyard, and summer pruning. Cover crops or weeds can also be grown in spring and summer to compete with the vine for nitrogen and water. Often, more buds are allowed to push through in the spring. They are then cluster thinned before the flower opens, leaving only the best bunches. In extreme situations, a kicker cane can also be grown to steal vigor then cut off.

Wine Production Part 1 – Growing and Husbandry for the Grapevine