The world of wine has changed more in the last forty or so years than it ever has. Grapes are picked much riper, and the resulting wines are becoming more similar regardless of where they are grown. Is this new international style the future of wine? Or are we losing our heritage?

Fifty or one hundred years ago, it was known that the best European wines came from sites where grapes would hardly ripen. Bordeaux is the coldest region for Cabernet Sauvignon, Champagne the coldest for Chardonnay and so on. This marginal weather makes the most terroir driven, or site specific wine. That is, the wine tastes like where it came from.

However, the warmer years made fruitier wines which were universally more appealing and could age a bit longer. Growers, who had always been paid purely on yields, now received a bonus for more-ripe grapes. They learned that if they limited yields by dropping some of the fruit, the remaining grapes would be riper. They also learned that waiting as long as they could before the rains came in late October would achieve a similar result. These practices became universal and the grower, winemaker and consumer were all happy.

But wait, isn’t there an easier way to get riper fruit? Of course there is, and the answer is to plant in a warmer climate. Vineyards sprung up in regions previously thought to be too warm to plant. The challenge here was that the sugar levels increase much faster with the added heat, and are sugary before flavors have developed fully. And so growers had to learn another trick: Instead of picking solely on sugar accumulation, they would wait until the grapes actually tasted jammy on the vine. In both red and white wines, there is a natural progression of the flavor in fruit: the flavors in reds shift from vegetal, to red tart fruits, then black, and finally jammy. White wines progress from green fruit, to citrus, to tropical, and lastly dried.

Wines have an average of 2% higher alcohol than they did in the 1970’s.

Picking very ripe fruit comes at a cost, however. As grapes mature on the vine for an extended period, the sugar levels go up. The high sugar is converted to high alcohol, which adds body and a sweetness of sorts. Someone only needs to pick up a bottle from the same producer twenty years apart to see what is happening. Wines from Bordeaux, California, Italy, Australia and so on have an average of 2% higher alcohol than they did in the 1970’s. Another unfortunate side-effect to higher alcohol is that the wines don’t age as well. We are lucky to have these relics to enjoy, but I fear that my children will not have the same opportunity.

The focus has shifted from the vineyard to the winery. The resulting high-alcohol wine tastes hot, so we have learned to remove it either by centrifuge or by adding water. Moreover, precious acidity is lost. “No problem”, says the winemaker, “I can just add powdered tartaric acid to make up for this”. And it is not just alcohol and acidity; winemakers the world over have learned to adjust tannin, color and body. Many consumers, particularly Americans, love oak. Perhaps it stems from our love of Bourbon. It enhances the wine when done well, but also can take away from the natural attributes of the grape if done poorly. Moreover, it can contribute to the homogenization of wine. If these extra steps help sell the wine, then many producers are all for it. On the other hand, what makes your wine special if I can recreate it anywhere in the world?

A few years ago, a group of sommelier friends and I blind tasted three bottles of Yellow Tail wine. One bottle was Cabernet Sauvignon, then second a Merlot and the last Shiraz. To our surprise, we all debated which was which and I was even accused of making two wines the same. Is this what we have come to? Granted these are grocery wines, made to taste the same year after year, so consumers buy it again and again. One can also argue that it makes site specific wines more special, although this may equate to higher prices.

Moreover, these types of wines garnished higher scores from critics. The professional critic may taste hundreds of wines in a sitting, and these “made” examples stick out. Since the 1980’s, those wine have been awarded higher scores, and these scores were used to market the wines to consumers. This led to the development of the so-called International Style in the mid 1980’s and peaking around the year 2000. A high score helped the wine outsell its competitors, to the point that consultancy agencies were developed to help wineries manufacture wine that would appease the critics. It became the norm. It is what people and their tastes have become familiar with, and now they expect these flavors to be there year after year. One can draw parallels to a rock star “selling out”.

A lower alcohol wine does not necessarily mean a better wine.

Of course, with every action there is a reaction. Young winemakers are making non-interventionist wines, and the natural wine movement is gaining traction. Alcohol levels are coming down, and it is not uncommon to see white wines with under 12.5% alcohol and reds under 13.5%. A lower alcohol wine does not necessarily mean a better wine, and this can be confusing to the consumer who is looking to be (or appear) educated, but also enjoy the wine in their glass. There are now festivals and large tastings dedicated to this, with trendy, urban sommeliers touting wines made in a hands-off approach. The younger crowd is eager to try anything natural and organic, so it appears to pendulum is finally swinging toward naturalism.

As someone who has direct contact with customers in the Napa Valley on a daily basis, I see this first-hand. I want my customers to like terroir driven wines, but they often find the acid too high and the fruit too tart. They favor jammy oaky wines instead, as this is what they are used to from grocery store shelves. And if this is what they prefer, who am I to tell them that they are wrong? After all, it is the consumer which drives the market, right?

A Guide to Drinking Old Wine (Part One – Determining quality) 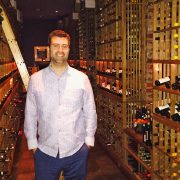 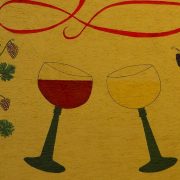 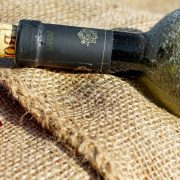 A Guide to Drinking Old Wine – Part 2 – Storing and Opening 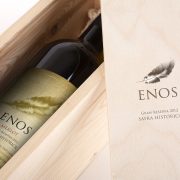 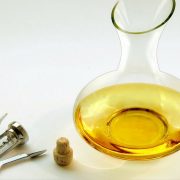 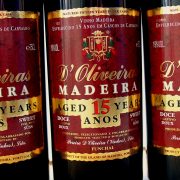 Which Wine Do I Order? – A guide to California Wine
Scroll to top